Advice from a Wise Business Leader

Hi fellow CMIOs, CNIOs, and other #Informatics and #HealthIT friends,

A brief pause from Applied Clinical Informatics, just for a moment.

Today's post is related to some helpful business ethics advice I once received from a wise and successful businessman my mother used to work for. His name was James ('Jim') Everett Robison (11/22/1915 - 2/21/1998), and he was a very successful businessman and Harvard Business School graduate who, in addition to having a wonderful and loving family, also counted Roy Little and Thomas J. Watson, Jr. as some of his business associates and friends. 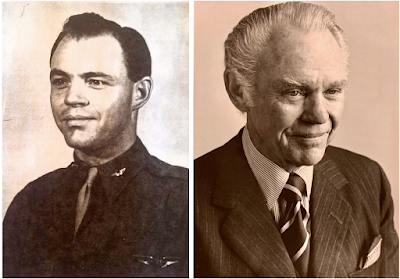 Growing up, I would run into Mr. Robison occasionally, while my mother was working for him in Armonk, NY back in the 1980s and 1990s. During one of my visits to my mother's workplace, he shared a message with me - one that he apparently also shared with many other people - about the importance of honesty, integrity, and ethics in business.

His message was once captured beautifully by his good friend Charles Osgood, who shared it in his November 24th, 1992 Osgood File message.

The message is still so important and relevant, that I think it bears repeating today. Transcribed from an old cassette tape I found in my attic, here it is :

Charles Osgood
CBS 880 AM Radio 11-24-1992
[ Start of Transcript ]
The Osgood File, sponsored in part by ______ Heating and Cooling. I'm Charles Osgood.
Last night at the University Club in New York, I attended a reunion dinner of sixty (60) people who used to work for the same company my late father did. There were books of pictures, and in some of them I could hardly recognize dad because he was so much younger then, than I am now. It made me feel like Michael J. Fox in "Back to the Future".
And amongst the memorabilia I found something that impressed me so much, I wanted to share it with you, which I will do, in a moment. Stand by.
My father was in the textile business. His boss, at a company called Indianhead Mills, was a dynamic young man by the name of Jim Robison. Dad thought the world of Jim, not only because he was so smart and so successful, but also because he was such a straight shooter. Robison never wanted to outdo or get the better of anybody in a business deal. If both parties didn't benefit from the deal, he didn't want to do it.
My dad died several years ago, but last night I was invited to a reunion of Indianhead people, some of them I hadn't seen since I was a kid. Jim Robison was there, retired now and no longer a young man, but still sharp as ever. And looking through some materials they had there, I came on a company policy statement that he had issued 40 years ago. And I took a copy of it because I wanted to share it with you this morning. Here's what it said :
"There is one basic policy, to which there will never be an exception made by anyone, anywhere, in any activity owned and operated by Indianhead. That policy is as follows," Jim Robinson wrote. "Play it straight, whether in contact with the public, stockholders, customers, suppliers, employees, or any other individuals or groups. The only right way to deal with people is forthrightly and honestly. If any mistakes are made, admit them and correct them. Our commitments will be honored, and we have a right to expect the same performance from those people with whom we do business.
This is fundamental. We will not welch, weasel, chisel, or cheat. We will not be a party to any untruths, half-truths, or unfair distortions. Life is too short.
It is perfectly possible to make a decent living without any compromise with integrity."
I think I'm going to frame that and put it on the wall.
The Osgood File, Charles Osgood on the CBS Radio Network.
[ End of Transcript ]
I agree with Charles Osgood - I think I'm going to frame that and put it on the wall.
I hope this timeless message inspires you too!
Remember, this blog is for informational and educational purposes only - Your mileage may vary! Have any experience with studying business ethics? Please feel free to share in the comments below!
Posted by Dirk Stanley, MD, MPH at 11:29 PM