I was recently talking with a group of informatics professionals about the issue of clunky workflow and 'click burden', which is a constant issue in EMR adoption. The conversation raised a question I've been wondering about recently - Should Clinical Informaticists be licensed? To help answer this question, I thought it would be fun to take a trip back in time and see if history can help guide us. 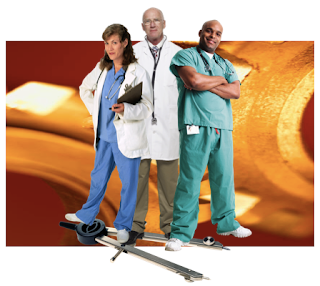 Our trip back started recently when I was reading about the history of the area where I live - Northampton, MA, which sits in western Massachusetts, at the foothills of the Berkshire mountains, along the Connecticut River. I was really surprised to learn about the history of a little stream that runs along Route 9, the Mill River - Which in 1874 was the site of a horrible tragedy, which eventually helped contribute to advancements in safety and engineering that we benefit from today.

To start our journey, I'd like to thank Elizabeth M. Sharpe, PhD, the author of this great reference that nicely summarizes the events : https://pvhn3.wordpress.com/1800s/mill-river-flood-of-1874/

In short - The Pioneer Valley, as it's known, was once the site of great industrial strength, like many New England towns. Buttons, cloth, brushes, and paper were all produced by factories in this area, and shipped off for sale to other places via a rail system that used to connect the area with other parts of the country.

And like many industrial areas prior to widespread electricity, these factories depended on waterways for energy. The Mill River, about 15 miles long, was one of those waterways.

So back in the 1870s, a group of local factory owners, disappointed with their inability to produce goods during prolonged droughts, developed an idea : To build a big reservoir up in the hills, in a little nearby town called Goshen - So if there was a drought, the idea was, the water could be let out into the Mill River, and the factories could stay in business.

So the factories commissioned the building of a big, 100-acre reservoir up in the Goshen hills. From the Dr. Sharpe's site https://pvhn3.wordpress.com/1800s/mill-river-flood-of-1874/  :

"In the absence of state regulation on dam construction, the reservoir company was free to design and build the dam as they pleased.  Frustrated with the $100,000 cost of a design prepared by professional civil engineers, the company opted to dictate their own design to an incautious local engineer who wrote general specifications.  The company then hired careless contractors for $24,000 who made the inadequate design worse.  Despite repairs, the dam leaked and slumped for eight years.  Anxious valley residents who questioned the dam’s safety were reassured by the manufacturers that the dam would hold.”

Sure enough, on May 16th, 1874, the weather had been unusually rainy, and the dam gave way. Millions of gallons of water suddenly spilled down the Mill River, sweeping houses, barns, bridges, roads, factories, and people, and down the river, killing 139 and making over 700 people homeless. The New York Times took two days to figure out what happened (before the telephone), but eventually reported this :

(NYTimes, May 16, 1874)"ACCOUNTS FROM SPECIAL CORRESPONDENTS.""THE CONSTRUCTION OF THE DESTROYED DAM - THE RUSH OF THE FLOOD DOWN THE VALLEY - THE VILLAGES DESTROYED. PARTIAL LIST OF THE DEAD. MORE BODIES FOUND. PROBABLE LOSS BY THE FLOOD.""Northampton, Mass., May 16. - The beautiful valley of the Connecticut River was laid waste to-day, and five villages totally destroyed. The heavy rain of Friday night and this morning caused a rapid rise in Mill River, on the banks of which were built the villages of Williamsburg, Skinnerville, Haydenville..."

What strikes me most about the story came from the hearings following the disaster :

"A coroner’s inquest thoroughly investigated the disaster’s cause.  The verdict named five parties at fault: the reservoir company which owned the dam; the contractors who built it; the engineer who provided an inadequate design; the county commissioners who inspected and approved it; and the Massachusetts legislature which chartered the reservoir company without requiring any assurance that it was safe.  There were no indictments, no fines, and no subsequent law suits.  A year after the flood, in 1875, Massachusetts passed its first legislation regarding reservoir dam design, construction, and liability.  Considered weak by today’s standards, the law was, nevertheless, a first step toward safer dams."

And so, through disasters like this (and the similar Johnstown Flood of 1889), eventually America came to learn that all engineers actually needed to be licensed. See the National Society of Professional Engineers page commemorating this achievement here :  http://www.nspe.org/resources/press-room/resources/100-years-engineering-licensure

As a result, today, the houses we live in, the elevators and cars we ride, and the water we drink has all been designed by a trained and licensed engineer, whose responsibility it was to ensure the successful design and safety of the project.

And so the house, car, and elevator you got into all followed basic engineering principles and started as blueprints, which were tested before they were built, inspected, and approved for use.

Historically, healthcare did not apply these engineering principles to workflow development. Generally, doctors and nurses built these workflows organically, through informal agreements about how to take care of patients made over many years - Typically with no blueprints, no project plans, and no formal approval process. But with the advent of modern EMRs and ACOs, we now need to engineer workflows to a higher standard.

This brings us to the question of licensing Informaticists. Despite the significant efforts of AMIA, ANIA, and HIMSS to formalize and standardize the role, there still are still a number of "Informaticists” who have no real training on CDS or clinical workflow design. Similarly, there are some people doing CDS and clinical workflow design with no formal Informatics training, or even recognition that they are working as Informaticists (because they have other job titles like “Clinical Knowledge Expert” or “Solutions Engineer”) -

While certificates, degrees, and board certification in Informatics goes a long way in improving the quality of workflow design, healthcare still has a long way to go in recognizing the importance of this certification, and why it's important to have trained, certified engineers (Informaticists) designing the orders, order sets, protocols, documentation, and workflows in the EMR, to help streamline clinical workflows and reduce click burden.

So the Mill River teaches us that it's better to have a dam built by a trained, licensed engineer, with legal responsibility for the outcome, than to have one built by an “engineer” with no formal training. And this is why organizations seeking to improve click burden and streamline their workflows might be well-served to have trained, certified Informaticists leading their EMR configuration. And to help achieve this primary goal, it's helpful to call Clinical Informaticists what they really are - Clinical Informaticists.

I hope this post has been a fun trip back in history, and helpful to you in developing your own Informatics platform.

Remember these posts are for open discussion and educational purposes! Have any thoughts or feedback? Leave them in the comments section below!
Posted by Dirk Stanley, MD, MPH at 10:47 PM

Nicely done! A great analogy of the dam engineer and construction quality to the current IT infrastructure and “informaticists” in hospitals. The failure of the damn, although far more serious as many lives were lost, resonates with the failure IT projects. From the annual Chaos report only 29% of IT projects were successful in meeting scope, time, and cost goals! Thank you Dirk.

While that would certainly make licensing, training, and testing authorities very happy I can envision a test (and all of the attendant infrastructure) that looks like the CPHIMS test having little relation to the real world and general disagreements about scope and definitions of clinical informatics. Maybe it's not a bad discussion to have and taming the wild-west of healthcare IT is almost certainly a good idea, but structural engineering and real-life CDS/informatics are two highly diverse parts of the universe.
Let's talk more. :-)

Should we move this discussion of licensure up steam and ask whether the software engineers designing these systems require licensure. As an informaticist we typically are licensed within our clinical realm and use the tools thereof accordingly. It seems that we are using tools designed by (and please correct me if I am wrong) unlicensed engineers. Would it not increase safety or reliability if informaticist used tools designed, built and tested by licensed engineers?